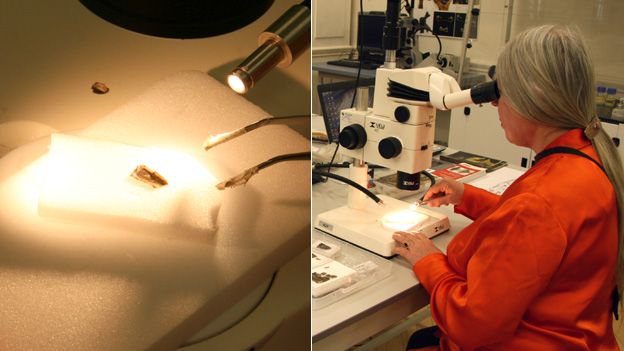 In 2015 I had the honour to be a part of the team that helped reassemble the fragments of the Staffordshire Hoard at the Birmingham Museum and Art Gallery.

Many articles have been written about the hoard, how it was found by detectorists and how the archaeological team carefully excavated the field in order to recover every fragment of gold and garnet. It was a monumental undertaking, not only for the excavation, but also for the conservation work. My job was to assemble the fragments of embossed sheet metal, some of which were a couple millimeters wide. I started by photographing and cataloguing all the fragments using a camera with the capabilities of a microscope and could stitch multiple images together. Then by rote memorisation of all the bits, and with the help of chemical analyses done by Dr Eleanor Blakelock, I started putting the fragments of the panels and friezes together. Most of my days were spent looking through a microscope while I worked, handling the tiny fragments with pairs of tweezers. I’m proud of the work I did for the Hoard and for Birmingham Museums. There are some articles and blogs that have highlighted the work I did there.

The articles and video below go into greater detail about the work I did on the Hoard and have some good photos of a few of the embossed sheet metal foil.

The conservation of the Hoard has won a major award (November 2015). Check out the video The ICON Conservation Awards. 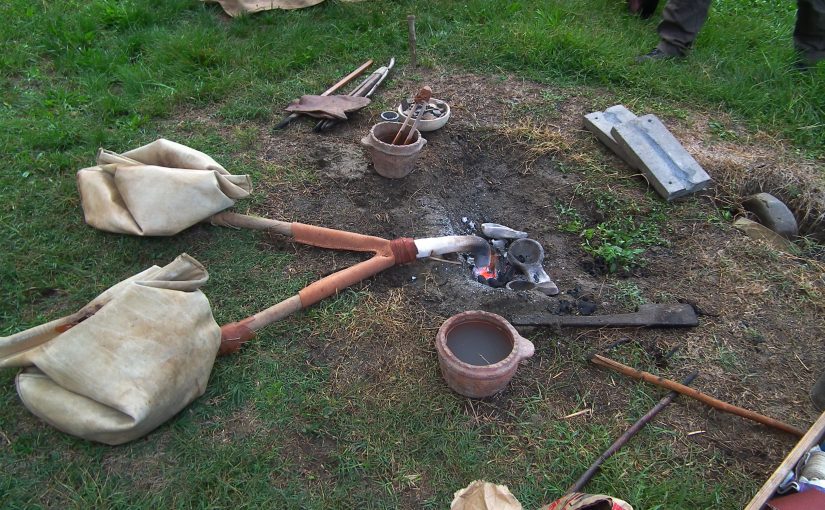 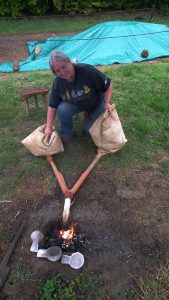