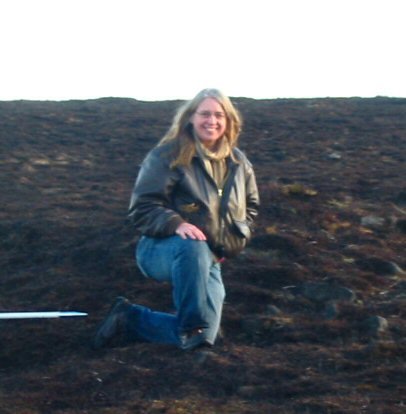 While most of my publications focus on experimental archaeology, I have published various archaeological reports that have been included in larger works, and articles connected with work that I have done with museums.

Getting hammered: The use of experimental archaeology to interpret wear on Late Bronze Age hammers and modern replicas. (2016) EXARC Journal of Experimental Archaeology 2016/2.

The Compleat Metalsmith: Craft and technology in the British Bronze Age (2014) PhD Thesis

Of Tea Pot Stands and Perforated Slabs: A report on the comparison of experimental bronze casting furnaces with artefacts from SE England (2014) Umha Aois

Hammers of the Gods: The role of metalworking tools in the interpretation of hoards in Late Bronze Age Britain Me Tools: The Metalsmith and his Tools conference postprint (in Press)

Minimum Tools Required: A system for organising the metalsmith’s workshop Me Tools: The Metalsmith and his Tools conference postprint (in Press)

A Study of the Manufacture of Copper Spearheads in the Old Copper Complex (2009) The Minnesota Archaeologist Vol. 68

Industrial Waste and Associated Finds in The Excavation Of Ring-Ditches Two and Three at Poulton, Cheshire. 2010-2013 (3014) Kevin V.E. Cootes and Mike Emory, eds. Published by The Poulton Research Project

The following are reports written for museums about the assemblages I studied for my thesis. These are available at the respective museums, but I will be glad to supply a PDF copy of any reports if you need a copy.

The Kilnhurst Hoard: A report on a Late Bronze Age Hoard in the Clifton Park Museum, Rotherham (2014) (unpublished museum report)

The Donhead St. Mary’s Hoard: A report on a Late Bronze Age Hoard in the Salisbury Museum (2014) (unpublished museum report)